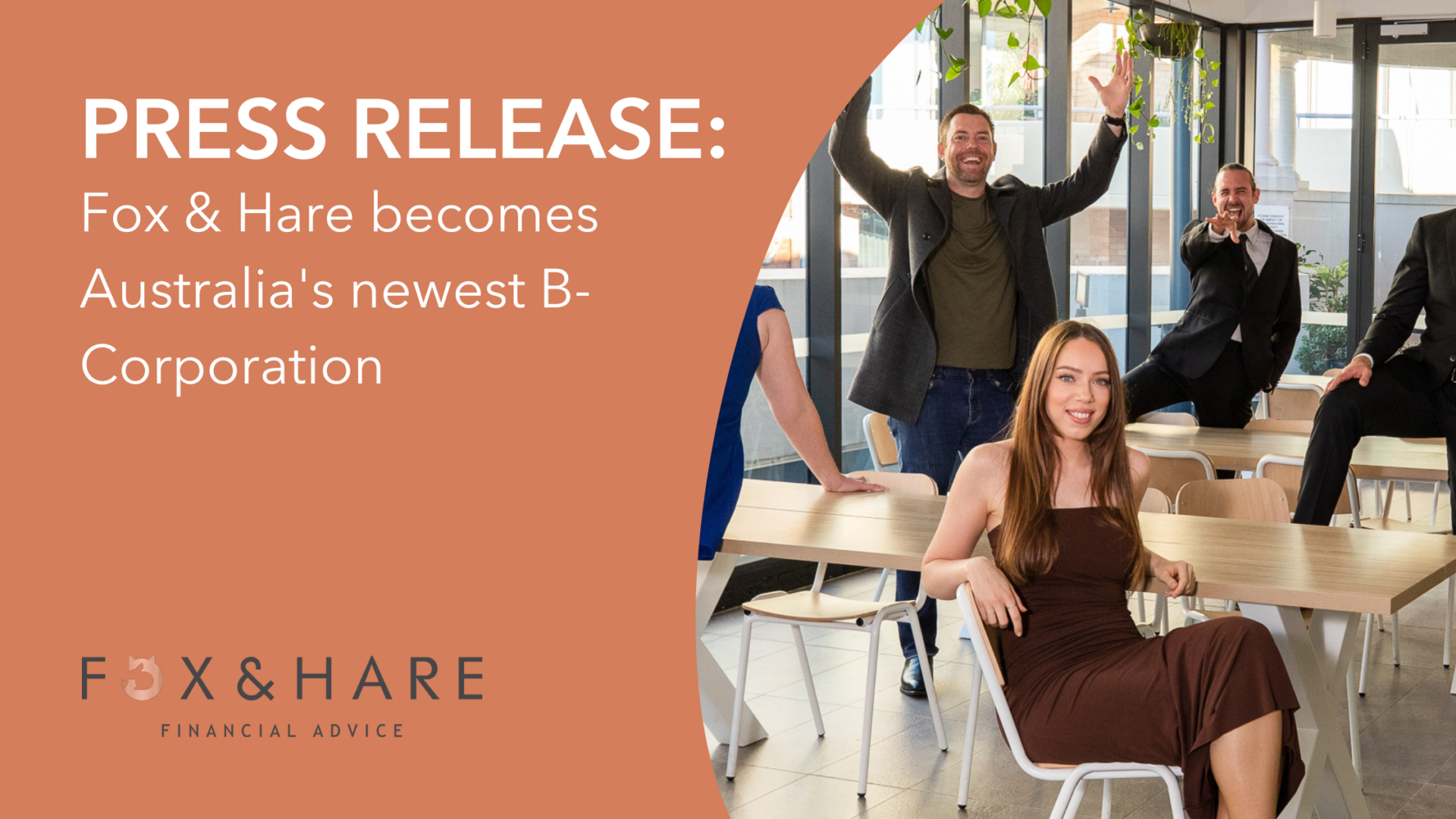 22/06/22 SYDNEY, NSW: Today, Fox & Hare, one of Australia’s most recognised and celebrated boutique advisories celebrates passing the gruelling assessment and certification process to become a fully certified B-Corporation. By meeting the highest verified standards of social and environmental performance, transparency, and accountability, Fox & Hare intends joins other business leaders in a global movement of people using business as a force for good – working toward a global economy that benefits all people, communities and the planet.

Fox & Hare Co-Founder, Glen Hare says “we recognise the damage that years of shady behaviour, exclusion and questionable ethics have caused to our industry and believe that this is a significant step toward rectifying that damage. A Recent Roy Morgan study revealed a meagre 17% of Australians rate Financial Planners ‘very high’ or ‘high’ for ethics and honesty – and we’re doing everything in our power to change that.”

B-Corp certification calls for the highest verified standards in social, environmental and good governance. Fox & Hare’s successful accreditation was underpinned by the implementation and maintenance of policies including, but not limited to:

Fox & Hare are proud to stand shoulder to shoulder with other notable B-Corporations Patagonia, Koala, Aesop and Bank Australia.

About Fox & Hare: Founded in 2017 by two former Macquarie execs, Fox & Hare aims to empower and educate Australians in the wealth accumulation phase of their life journey. Through the provision of a safe, inclusive and accepting environment, they’ve built a diverse and devoted following of 30/40 somethings, from many backgrounds, abilities and genders. The organisation and its co-founders have  featured in the AFR, IFA and Sydney Morning Herald, been included in Financial Standard’s Power 50 and voted IFA’s Thought Leader of the Year.

The newest member of the Fox & Hare family!